Anxiety, depression and other mood issues are not all "just in your head" more and more studies now show that these mood changes could be symptoms of what is actually happening inside your gut

So how does the gut affect our brain?

Up to 90% of our serotonin is produced in the gut and directly affects mood signalling in our brain.

- Serotonin is a mood stabiliser and is known as the feel good neurotransmitter in our brain but also plays a major role in digestion, when we have low levels of serotonin our response to stress is less tolerant and it put our bodies in a sympathetic state which is our fight or flight response which is the complete opposite of what you want for quality digestion.

- Serotonin is also a precursor to our natural sleep hormone melatonin. This means that if we aren't producing enough melatonin our sleep quality will also suffer which also plays a huge role into mood, energy, sleep, digestion, hormone health, ability to deal with stress and so much more

The intestinal microbiome can prompt immune cells to produce pro inflammatory cytokines that can induce anxiety and depression.

These pro inflammatory cytokines also is a huge reason why autoimmune diseases arise.

Is a direct connection from the brain to the gut, Vagal tone (how strong it is) can affect emotional regulation, depression and even act as a persons measure to how sensitive they are to stress.

gut-brain connection and what are the triggers

So, what can trigger the mechanisms of the gut-brain connection as mentioned before?

Studies have demonstrated that the collection of microorganisms living in our gut influences stress reactivity and anxiety-like behaviour. Recent research examined the composition of gut bacteria in patients with depression compared to healthy individuals and reported significant differences with increased population of Bacteroidetes, Proteobacteria, and Actinobacteria, and decreased population of Firmicutes in patients with depression

Pathogens are the bad guys - things like specific strains of overgrown yeast, bacteria and parasites that shouldn’t be living in our gut. It is now accepted that gut infections can cause anxiety, depression and cognitive dysfunction.

Food and mood are connected in many different ways. Overeating and obesity is often associated with depression and anxiety, although this may have less to do directly with the food we eat and more to do with our microbiome. But also the way in which we use certain ‘comfort’ foods to try and regulate our mood and the effect of certain foods on pleasure and reward regions of the brain.

In times of high stress lots of people tend to turn to foods that are high in sugar which will create a dopamine response and a sense of pleasure to the brain and whilst this will give us short term pleasure it can become a perpetual cycle of having highs and lows constantly and becomes a problem both physically and mentally in the long term.

According to recent scientific findings, increased intestinal permeability may underpin the chronic low-grade inflammation observed in disorders such as depression and may have further negative effects on mood, anxiety, cognition and social interaction.

Hydrochloric acid (HCl) produced in the stomach is essential for killing unhealthy bacteria, fungi and parasites that come in on our food and water. Low levels can weaken immunity and, in turn, lead to many of the problems listed above including the inability to break down foods and kill gut infections before they can enter the GI tract.

This may explain the connection between those with depression and acid reflux conditions like GERD.

This is also why antacid medications will never treat the root cause of reflux, heartburn, GERD as long term use kills the bodies ability to produce high amounts of (HCL) which is essential for a healthy gut and fighting off pathogens and infections. 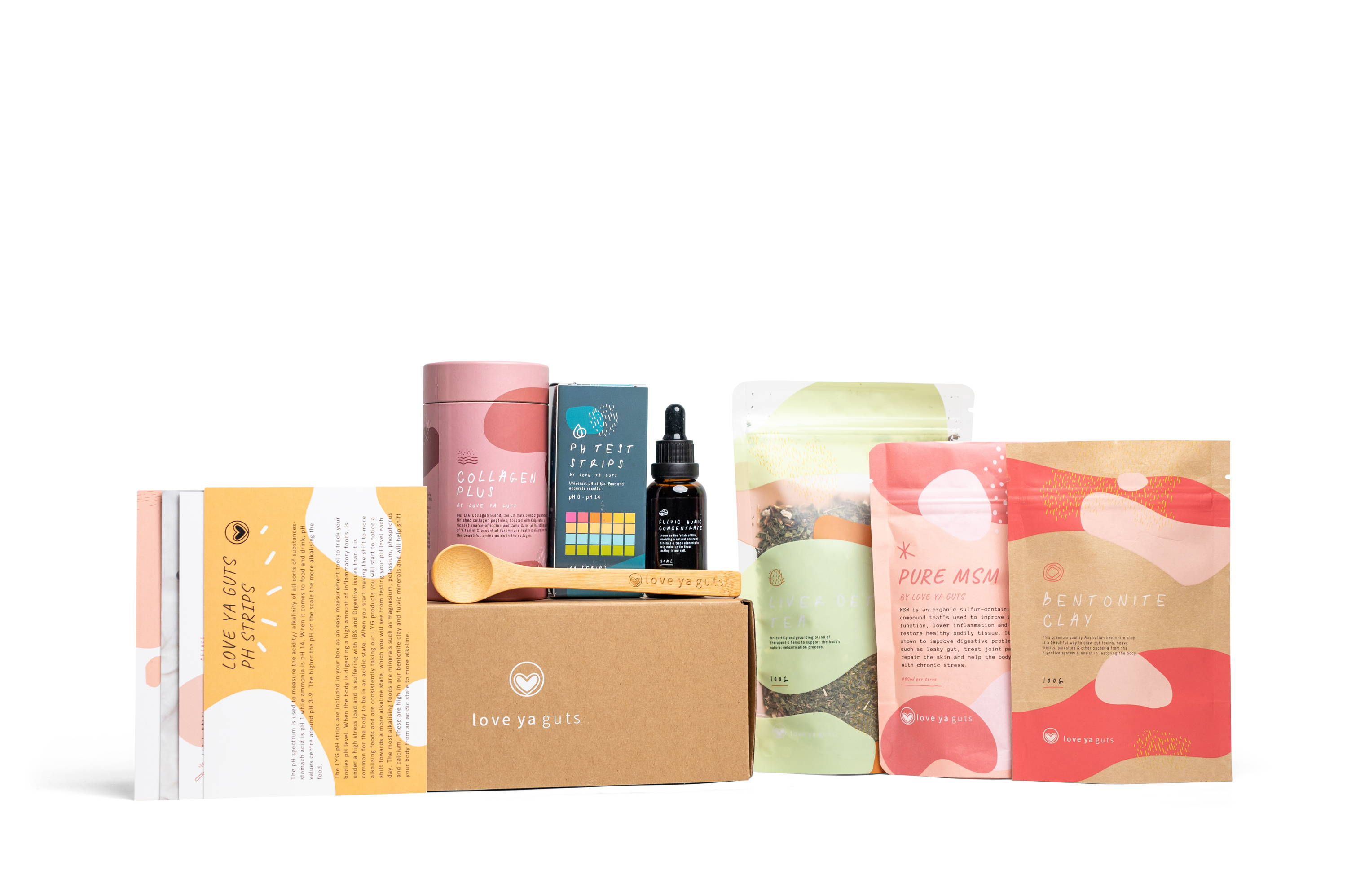 Back to Blog Home Page
Use left/right arrows to navigate the slideshow or swipe left/right if using a mobile device
★ Judge.me Reviews

I’ve committed to a 6 month programme with loveyaguts and I’ve been loving it in the last couple of weeks I’ve begun to loose weight hardly any bloating and my sugar cravings have reduced hugely! I find it exciting seeing what my programme is each month I’ve completed nearly 3 months and 3 to go! Thank you so much loveyaguts xx

I've been using the products from the 'love ya guts' box for 6 week now. In that time I have noticed my energy has increased, bloating decreased substantially and sleep has also improved immensely. Am very pleased with the results so far and will continue for a couple more months.
Kylie